Get e-book Funnel Dynamics-Mind Control Methods of The Globalists 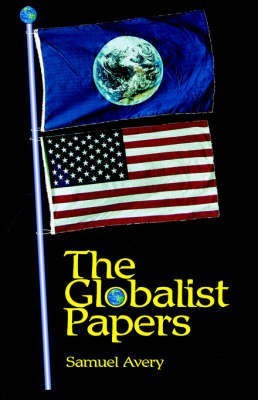 Europe, for instance, sank to a new nadir in the summer of by criminalizing rescue in the Mediterranean, allowing preventable deaths at sea, and forcibly returning vulnerable people to torture and indefinite detention in Libya. In Africa, Asia, and South America, the mood is much the same. Kenya is building a wall along its border with Somalia and sending thousands of Somali refugees back into a war zone.

The SAGE Handbook of Evaluation

Bangladesh plans to repatriate thousands of Rohingya refugees to Myanmar with the help of the UN Refugee Agency, despite the fact that other UN agencies warn that returnees still face the threat of genocide. Demand for asylum has never been higher, with more than Yet the list of countries willing to take them in is shrinking by the day, and the international system that created and is bound to protect the right to asylum is increasingly complicit in its demise.

If there were a theme song to , it would be a dirge for the end of asylum. Throughout history, various nations have recognized or aspired to some version of the right to asylum—from the ancient Greek and Hebrew civilizations to medieval England and the French First Republic. In Europe, the history of asylum was closely intertwined with that of religious discrimination and strife. When the Catholic monarchs of Spain ordered the expulsion of hundreds of thousands of Jews in , for example, many sought refuge in Turkey, Italy, and North Africa.

In fact, many of the atrocities of World War II were the culmination of violent and discriminatory practices that had caused episodic displacement for centuries. One major distinction of the Nazi period, however, was that targeted groups, including Jews, Roma, Sinti, and homosexuals, saw their avenues of escape gradually closed off. No country was willing to take them in. While all recognized the gravity of the situation, most steadfastly refused to accept more refugees. Thus, in , a ship carrying more than Jews fleeing Nazi persecution was turned away by Cuba, the United States, and finally Canada, before it returned to Europe, where the Nazis eventually executed of the passengers.

This shameful history explains the centrality of the principle of asylum to the post—World War II international order. However, the convention stopped short of requiring countries to grant qualifying individuals asylum, saying only that they should do so. As a result, asylum became an ad hoc and often political affair. During the Cold War, both the United States and the Soviet Union almost always granted asylum to political dissidents from the other side, while extending permissive immigration policies toward countries in their spheres of influence.

In much of the rest of the world, asylum was handled on a situational basis—again, often to serve explicitly political ends. For example, people fleeing apartheid in Zimbabwe and South Africa routinely received protection, legal status, and travel documents from other African countries looking to contribute to the broader antiapartheid struggle. In his autobiography, Nelson Mandela describes his journey through 13 African countries in , using travel documents granted by Tanzania and Ethiopia. After the end of the Cold War, world powers had less interest and fewer opportunities to instrumentalize asylum, and refugee protection became more formalized as a legal and bureaucratic practice.

At the same time, however, civil conflicts in places such as Somalia, Angola, and the former Yugoslavia produced extended turmoil and millions of refugees. As pressure mounted on receiving countries, many decided that these refugees did not meet the rigid bureaucratic requirements of the refugee convention: fear of general violence or instability did not fit neatly into any of the five narrow categories of persecution outlined in the UN convention. When millions needed asylum the most, countries defined the right as narrowly as they could so as to shoulder the least-possible burden.

Thus began the age of encampment.

Around the world, countries receiving large numbers of refugees began to force the displaced into camps. Usually, the host governments granted these new arrivals prima facie refugee status, because they had fled their home countries en masse, but rarely did they go through the process of adjudicating individual asylum claims. As a result, these people were often treated as second-class refugees, unable to access the same rights and freedoms as refugees granted asylum through an individual determination process or resettled to a third country such as the United States or Canada.

Many were denied freedom of movement, barred from receiving international travel documents, and given limited access to education and health care outside the camp. The scale of displacement after the end of the Cold War quickly overwhelmed major host countries such as Kenya and Pakistan, as well as the UN system that kept the camps running. People with prima facie recognition but not full refugee status remained in limbo for decades.

Some countries tightened the bureaucratic standards for full status even further, and many applications stalled indefinitely.


Even then, the host countries insisted that the camps be treated as temporary, a designation that made the denial of full refugee status more politically palatable. The alarming rise in encampment—and the realization that the camps were anything but temporary—should have catalyzed a review of the convention with the aim of closing the gap between refugees with full status and those who remained in camps.

Instead, the international community responded with a measure of delusion, refusing to recognize that the camps were slowly becoming permanent open-air prisons. To agree on a new convention at a time when more and more countries wanted less and less asylum would no doubt have been difficult. Already, the guiding philosophy in many countries had shifted from default inclusion to default exclusion.

But failure to end the two-tiered system, in which some refugees enjoy the full protections of the refugee convention and some remain at the mercy of host governments—perpetual asylum seekers—set the stage for the current crisis. That most of the countries hosting large numbers of asylum seekers were poor countries, while rich countries led the way in eroding the right to asylum, was no accident. UN agencies, whose budgets were mainly funded by rich countries, were complicit in maintaining this status quo.

Some asylum seekers were eventually resettled from the camps to third countries, mainly in the developed world, but only a tiny fraction of those in need of asylum. And so the camps became permanent cities. Today, there are millions of people around the world who have never known life outside of a refugee camp. The Dadaab refugee complex in Kenya, for example, was until recently the largest refugee camp in the world, with a population of more than , Its residents enjoy none of the rights of Kenyan citizenship.

Today, the status of asylum as an international legal principle is more tenuous than ever.

The age of encampment has led to an intensifying global retrenchment, as the poor countries bearing the brunt of the burden are now reluctant to accept more asylum seekers. Some, with the cooperation of the United Nations, are actively returning refugees to conflict zones, in clear breach of the convention. Large-scale commercial logging has displaced whole indigenous communities from the rainforests of Brazil and Indonesia.

And higher global temperatures will eventually make parts of the world uninhabitable while fueling extreme weather events such as Hurricane Dorian, which leveled much of the Bahamas earlier this year. Yet there is no internationally recognized definition of a climate refugee, no doubt because many countries are slow to recognize the threat. In an ideal world, now would be the time to review and update the refugee convention. That was the original goal of many who pushed for the Global Compact on Refugees, a new international framework for addressing the refugee crisis, which the UN General Assembly passed last year.

But the nonbinding compact fell far short of expectations, failing to sufficiently shift the responsibility for hosting refugees from poor to rich countries and doing nothing to defend or expand the right to asylum. Both of the ideas embedded in the historical definition of asylum—inviolability and protection—are under attack as never before. There was a moment of social media outrage, but the discourse around refugees in Europe remains unchanged. Few political leaders anywhere in the world are willing to defend the inviolability of the right to asylum.

And this is how asylum will end—in a low boil of ambivalence that will eventually consume this foundational principle of the liberal order. In my three and a half decades as a U. His is a diplomacy of narcissism, bent on advancing private interests at the expense of our national interests. Ambassador Yovanovitch is not the first professional diplomat to find herself in political crosshairs in the history of the State Department. Trump is not the first demagogue to bully career personnel.

And Secretary of State Mike Pompeo is not the first secretary of state derelict in his duty. But the damage from this assault—coming from within the executive branch itself, after nearly three years of unceasing diplomatic self-sabotage, and at a particularly fragile geopolitical moment—will likely prove to be even more severe to both diplomatic tradecraft and U. Partisan investigators, untethered to evidence or ethics, forced out 81 department employees in the first half of the s.

Among them was John Paton Davies, Jr. His sin was to foresee the communist victory in the Chinese Civil War.

Davies was subjected to nine security and loyalty investigations, none of which substantiated the paranoid accusation that he was a communist sympathizer. Nevertheless, in a moment of profound political cowardice, Secretary of State John Foster Dulles fired him.

Purging Davies and his colleagues was not only wrong but also foolish. The loss of such expertise blinded American diplomacy on China for a generation and had a chilling effect on the department and its morale. He tried to defend Davies, who had served with him in Moscow and on the Policy Planning Staff, to little avail. If only that were the case. Even before the Ukraine mess, the Trump administration had been waging a war on diplomacy for nearly three years. The White House regularly pushes historic cuts to diplomacy and development spending, which is already 19 times smaller than the defense budget.

Career diplomats are sidelined, with only one of 28 assistant secretary-rank positions filled by a Foreign Service officer, and more ambassadorships going to political appointees in this administration than in any in recent history. One-fifth of ambassadorships remain unfilled, including critical posts. Not coincidentally, applications to join the Foreign Service have declined precipitously, with fewer people taking the entrance exam in than in more than two decades. To clean up the institutional wreckage in the State Department will take many years.

The damage to our influence and reputation may prove to be even longer lasting—and harder to repair. The practical consequences are not hard to discern. Because of them, a new Ukrainian administration is all the more exposed to corruption and democratic backsliding, and all the more vulnerable to Russian manipulation and aggression. For dictators, Trump is the gift that keeps on giving, a non-stop advertisement for Western self-dealing.